Showing posts from February, 2020
Show All

Handling of Export Cargo From India by Air 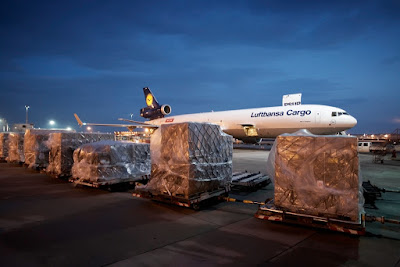 It is really important for every exporters and air freight forwarders ti manage proper handling of air cargo exported from India. Followings are the important things which have to keep in mind when you are using airways to export from India. Lufthansa Cargo Plane is just waiting to fill up the cargo Submission of export documents with customs fro procession. One copy of GR1 form along with a copy each of other documents are detached and kept by the customs.  Documents are properly entered in the computer. Check-list which has to be obtained from system after verifying the adequacy of the documents and the shipping bill numbers obtained. Goods has to be taken into The Airport Authority of India terminal for examination, then obtained Export Order from the customs. After this location will be allotted and the goods has to be handed over to the Airport Authority of India. It is important that documents are handed over the shipper. The export promotion copy of the shipping b
Post a comment
Reactions:
Read more 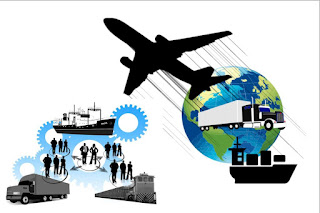 In latest World Bank report released just now for the year of 2020 India ranked 63rd position for ease of doing business among all 190 countries. India improved its position by 14 steps. India is among those top 10 nations which has improved its position with high number of steps. India has improved its position very high in many areas for doing business regarding with last year. You can understand it with this chart. India has moved 14 places to be 63rd among 190 nations in the World Bank’s ease of doing business ranking released on Thursday on the back of multiple economic reforms by the Narendra Modi government. However, it failed to achieve government's target of being at 50th place. The sharp rise in the ranking underscores the reformist credentials of the Narendra Modi-led National Democratic Alliance (NDA) government and may help the country lure multinational companies, looking at alternatives to China for investment amid Beijing’s trade war with the US. Last
4 comments
Reactions:
Read more
More posts

Ajit Mishra (CMILT)
Ajit Kumar Mishra, CMILT is the well known educator and supply chain analyst. At present he is working as faculty and educational associates with some management colleges and institutions. Mr. Mishra has dedicated himself to the skill development of logistics & supply chain professionals and students. His online classroom "Join Study" working well in the field of skill developments of working people and those who wants to join the logistics & supply chain industries. Mr. Mishra is also supporting to those people who are from low income family and asking to develop their career in logistics industries. His dedication recognized by global audience and his online classroom "Join Study" become popular worldwide. He has students from different parts of the world.